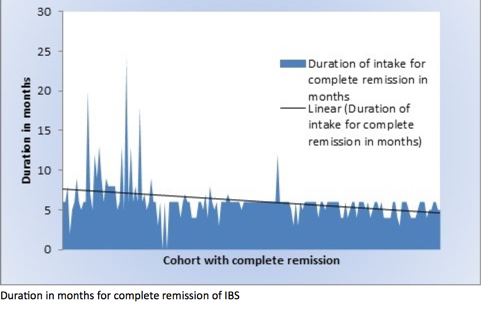 “We were surprised by the response. We had 189 patients in the study, and 169 had remission within 6 months,” said Manju Girish Chandran, MBBS, from the Mary Breckinridge ARH Hospital in Hyden, Kentucky. According to the study’s author, some of the participants had lived with IBS symptoms for 9 or 10 years.

“Our study is based on the fact that there is an internal gut–brain microbiome axis,” Dr Chandran told Medscape Medical News. “If you modulate the intestinal microbiome, you can actually achieve remission in some cases.”

For many IBS patients, medication does not adequately treat their symptom so “they just live with it,” according to Dr. Chandran.

That is one of the reasons Dr Chandran and her colleagues wanted to assess the potential of homemade yogurt with Lactobacilli to influence the gut microbiome.

For their study, the team enrolled 189 consecutive patients diagnosed with IBS at one of two medical centers in Eastern Kentucky.

Patients were instructed to consume 2 to 3 cups of yogurt every day and record their symptoms in a chart. Their responses were assessed every 2 months for 6 months.

Complete remission — defined as the relief of pre-existing IBS and one or two normal bowel movements daily — was achieved by 89% of the study participants.

How to Make the Yogurt

Step 1: boil a gallon of milk for 5 minutes and let it cool to lukewarm. Next, mix in 1 cup of Dannon plain yogurt, which is used as a starter and source of Lactobacilli.

Step 2: Place in an oven with the light on overnight (do not turn the oven on), and then refrigerate the next morning.  Save 1 cup from each batch to use as a starter for the next batch.

“You can make enough yogurt for 1 week, and it’s pretty cheap,” Dr Chandran pointed out. “And it doesn’t have to be eaten as plain yogurt.” Because it can be mixed with fruit or used in a smoothie, it doesn’t “feel like it’s a medicine; it is part of a regular diet.”

William Heizer, MD, a gastroenterologist in private practice in Chapel Hill, North Carolina, told Medscape Medical News that “the study design makes the results difficult to interpret, which is disappointing.”

In the Medscape article Dr. Heizer said, “At the very least, the consenting patients should have been randomly assigned to either a treatment or control group and that a review of the self-reported charts should have been done by individuals blinded to which group the patient was in.”

Dr Chandran said the next step will be to study the effectiveness of the homemade yogurt in patients with different subtypes of IBS — constipation or diarrhea — and to randomize some participants to a control group.

4 Ways to Personalize Your Plate for Gut Health

March is National Nutrition Month and this year’s focus is Personalize Your Plate!  Just as…