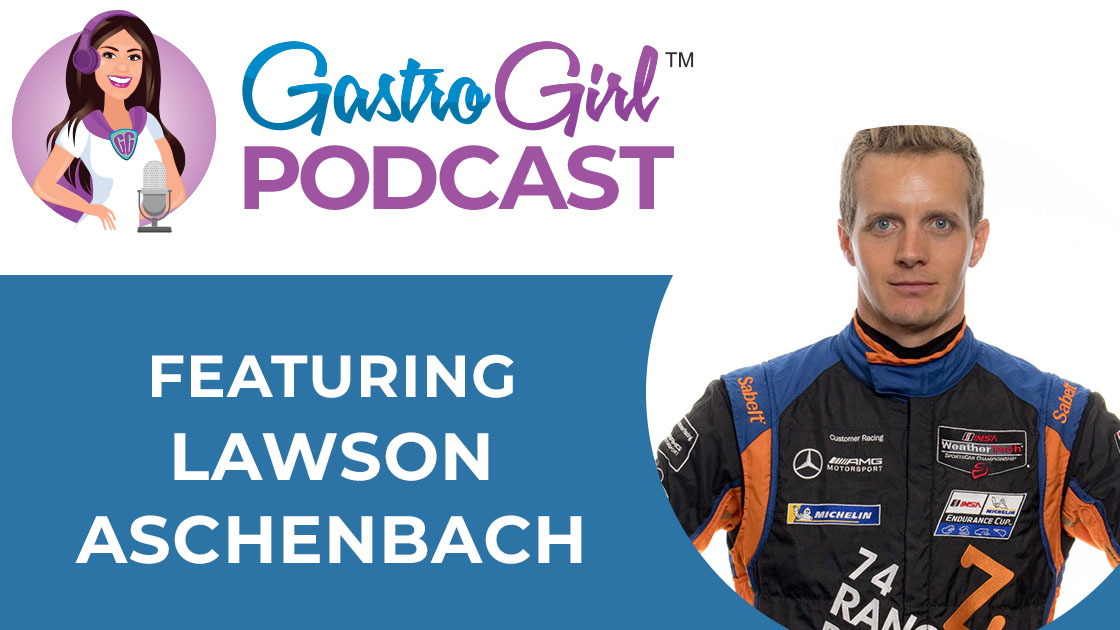 Lawson Aschenbach is a seven-time professional sports car racing champion. So he knows a thing or two about performing under pressure. But what happens when there’s pressure inside your digestive tract that’s debilitating your physical health? That’s what Lawson struggled with before his diagnosis with Crohn’s disease. And he wasn’t about to let it curb his need for speed! Hear Lawson share his emotional patient journey and how he manages his condition day to day so he can dominate on the race track.

Lawson Aschenbach (Ash-en-back) is a seven-time professional sports car racing
champion. He started racing karts at the age of 8 and went on to win state, national, North American, and four Grand National Championships. In 2005, he finished on the podium in his first sports car race and then burst out onto the scene in 2006, winning the SPEED World Challenge GT Championship in his rookie year. Aschenbach has over 35 professional race wins and currently competes in the IMSA WeatherTech SportsCar Championship and Pirelli World Challenge Series.