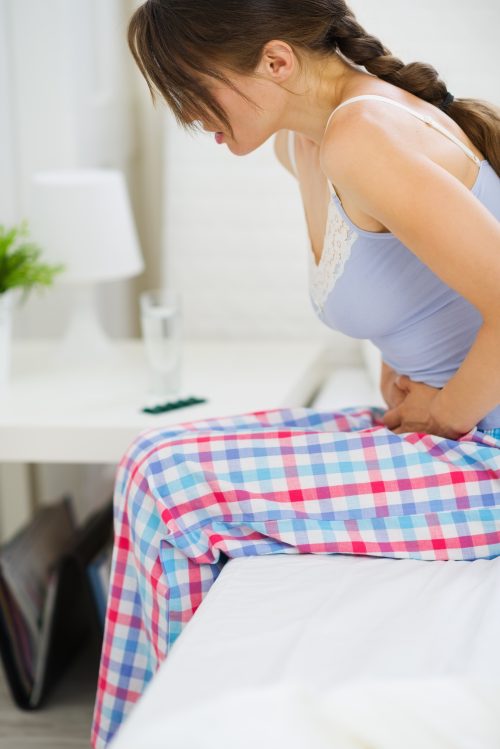 Irritable bowel syndrome (IBS) is a disorder of bowel function (as opposed to being due to an anatomic abnormality). Patients who suffer from irritable bowel syndrome have changes in bowel habits such as constipation or diarrhea, and abdominal pain along with other symptoms including abdominal bloating, and rectal urgency with diarrhea. In addition, IBS may be associated with a number of non-intestinal (“extraintestinal symptoms”), such as difficulty with sexual function (pain on intercourse or lack of libido), muscle aches and pains, fatigue, fibromyalgia syndrome, headaches, back pain, and sometimes urinary symptoms including urinary urgency, urinary hesitation or a feeling of spasm in the bladder.

1. In the United States, it is estimated that 10-15 percent of the adult population suffers from IBS symptoms, yet only 5 to 7 percent of adults have been diagnosed with the condition. IBS is the most common condition diagnosed by gastroenterologists and one of the most common disorders seen by primary care physicians.

2. The exact cause of irritable bowel syndrome is not known. However, tremendous advances in our understanding of this common and disabling disorder have been made in the last 10 years. Abnormal motility in terms of the bowel moving too fast (which causes diarrhea) or too slow (which causes constipation) is certainly part of this syndrome. However, this represents only one part of a complicated disorder. The symptoms of pain, incomplete emptying of the bowels, and bloating cannot be explained only by abnormal gut GI motility. Over the last 20 years a number of very well done scientific studies have demonstrated that individuals with IBS tend to have higher levels of sensitivity in the intestines compared to individuals who do not have IBS.

3. In the last 10 years, researchers have identified certain chemicals present in the gut, which send signals from nerve endings from the intestines to the brain, and also from the brain to the intestines. These chemicals are called “neuro transmitters” and work as messengers between nerve endings to carry signals including painful sensations in both directions. This is very important because this has led to the development of new drugs to treat IBS. Some of these drugs are currently available. Others are in development. As we identify more and more of these substances and better understand their actions, we may be able to further supplement the arsenal of medications that will influence these neurotransmitters and thus help relieve the symptoms of IBS.

4. A number of other interesting theories have been put forward in the last few years. One is the concept that IBS may be triggered by an intestinal infection. A small but significant number of people contract IBS-like symptoms which persist after suffering from an acute self limited (and ultimately resolved) gastrointestinal infection. This suggests a possible role for either the activation of inflammatory transmitters or possibly an immune reaction to the original infectious agent (the germ or virus). Again, the exact mechanism why this occurs is not clear and is under intense investigation.

Another interesting theory which has been put forward is the possibility is that IBS may result from overgrowth of normal bacteria in the gut. This “bacterial overgrowth” is an intriguing theory. However there have been a number of conflicting studies to support/not support this theory. What is interesting is that there are IBS patients that do indeed seem to respond to treatment with antibiotics. Again, the exact reason why bacterial overgrowth would exist in patients with IBS and/or cause IBS to occur has not been completely explained. It represents another provocative perspective on the role of gut flora in the generation of bowel disorders.

5. Although it is proposed in some quarters, there is little evidence to support that IBS results from “food intolerance”. This is to be differentiated however with the fact that celiac disease, an autoimmune disease that causes a violent inflammatory reaction in the intestine to the protein gluten, can mimic the symptoms of IBS. Recent evidence shows that in patients with IBS-like symptoms testing for celiac disease, which can be accomplished with a simple blood test, should be considered, particularly if IBS like symptoms do not respond to reasonable treatment.

Source: The American College of Gastroenterology