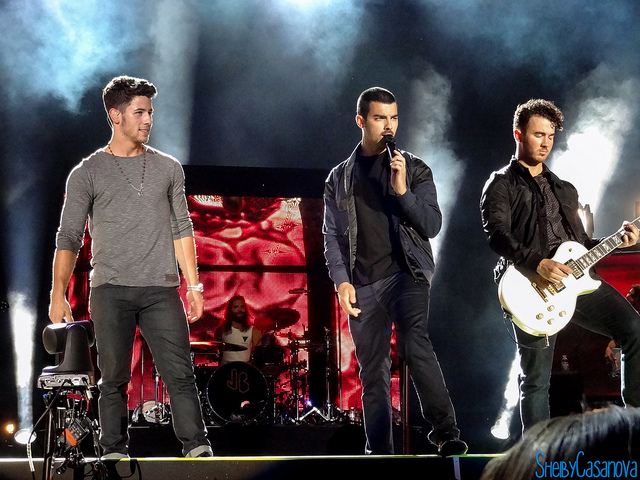 Recent reports in People and Self highlight the case of Kevin Jonas Sr., who was diagnosed a year ago with stage II colon cancer after his first colonoscopy at age 52. According to People, Jonas had surgery to remove the mass, six months of preventive chemotherapy, and was told he was in remission in December. Now, he said he is committed to making sure his famous sons get early screening for the disease.

“I want them all to get tested as early as possible,” Jonas told People last week, referring to 30-year-old Kevin Jr., 28-year-old Joe, 25-year-old Nick, and 17-year-old Frankie. “We do have testing now that’s available, and our kids will all go in and be tested and probably go in early and actually have a colonoscopy early,” he said. Jonas said that his children have already had DNA testing done. “It looks like that’s not a factor—but still, I’ll have peace of mind when they know for sure.”

Even though most colorectal cancers occur in people with no family history of the disease, your risk increases if you have a family member who had been affected by the disease.

Exactly how much your risk goes up depends on the number of relatives with colorectal cancer, whether they are first or second-degree, and their age at diagnosis. As many as one in five people who develop colorectal cancer have other family members who have had the disease, according to the American Cancer Society.

The American College of Gastroenterology (ACG) recommends colonoscopy screening begin at age 50 for normal-risk individuals and age 45 for African Americans. However, ACG also recommends earlier or more frequent screening if you have specific risk factors, such as inflammatory bowel disease or a family history of colorectal cancer.

Learn More in this ACG Podcast

You can learn more about family history, lynch Syndrome and other colorectal cancer risk factors in this ACG  podcast with Dr. Carol A. Burke of the Cleveland Clinic Foundation and her patient Anita, who has lynch syndrome. Listen Now

Read full article on Self