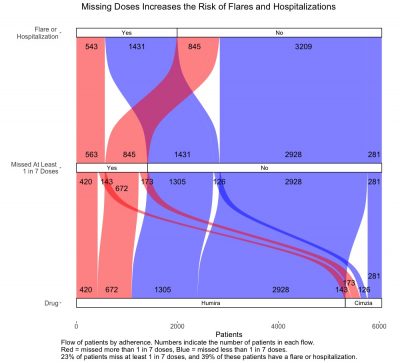 Little is known about the optimal level of adherence in patients with inflammatory bowel disease (IBD) on biologic therapy and for IBD patients using biological therapy, non-adherence leads to anti-drug antibody formation and reduced effectiveness, according to lead investigator Shail M. Govani, MD, MSc, and his research team at the University of Michigan, Ann Arbor, who aimed to identify the association between adherence and disease flare and determine an optimal level of adherence in a new study, “Defining an Optimal Adherence Threshold for Patients Taking Subcutaneous Anti-TNFs for Inflammatory Bowel Diseases,” which was published online in The American Journal of Gastroenterology.

IBD patients receiving subcutaneous anti-tumor necrosis factor therapy are at a significantly increased risk for disease flare if they miss their medication just 4 days per month, Dr. Govani and team concluded after analyzing claims data for IBD patients prescribed adalimumab (ADA) sold under trade name Humira and certolizumab (CZP) sold under trade name Cimzia from the Truven Health MarketScan Commercial Claims and Encounters database from 2009 to 2013. Adherence was calculated using the medication possession ratio (MPR) from initiation until flare occurrence. A disease flare was defined as any hospitalization or new steroid prescription>90-days after drug initiation. The optimal MPR was determined using log-rank testing. The association between the optimal MPR and flare was assessed using multivariable Cox-Proportional hazards ratio.

“This study helps define how many missed doses have significant consequences for patients. For patients and insurers – it is very important not to miss doses of SQ biologics. The consequences are not immediate, but in the next year, said aid co-author Peter Higgins, MD, PhD, Associate Professor at the University of Michigan.

“Doctors need to know importance of missed doses – and how few it takes to cause problems, he explained. “Insurers are starting to take notice. For example, Blue Cross Blue Shield of Michigan is starting this year to not reflexively cancel authorizations for infliximab for patients who have been doing well – they just keep going and don’t miss doses because of the January scramble for prior authorizations.”

What do Patients Need to Know?

Dr. Govani: Even very small delays in obtaining refills are linked with higher risks of hospitalizations or steroid use.  These medications are different than most other medications in that when patients take these intermittently, they are at higher risk for developing antibodies to adalimumab (ADA) and certolizumab (CZP).  This can increase the risk the medications can stop working.  I encourage my patients to use a reminder system to ensure they are staying on the drug as prescribed and calling in for a refill as soon as they have used their last dose.

What do Physicians Need to Know?

Dr. Govani: I try to remind patients during ever visit that taking these medications on time is very important and now I use our data to emphasize that small delays can have major consequences.  There are a lot of logistic issues which can prevent on time use of these medications such as the yearly TB screen and insurance re-authorizations.  I encourage patients to be proactive about renewals and refills to try to limit/prevent delays as much as possible. 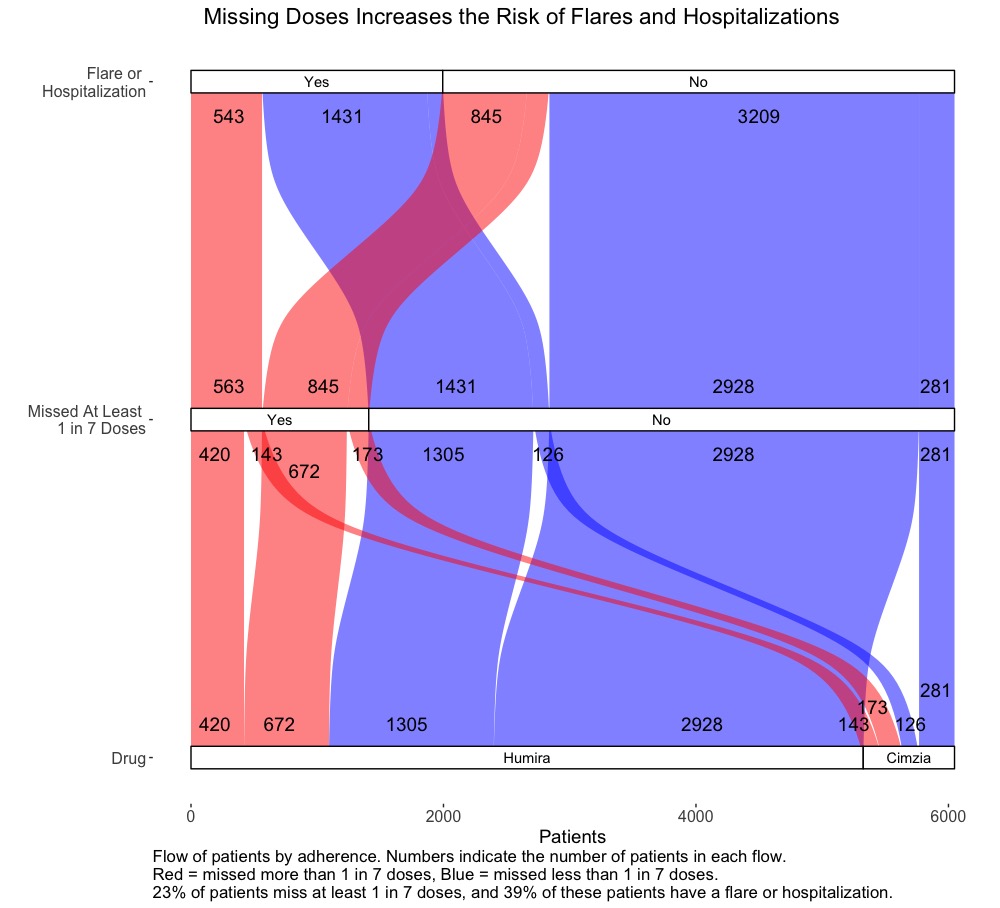 Biosimilars for IBD: What You Need to Know Now, Mayo Clinic