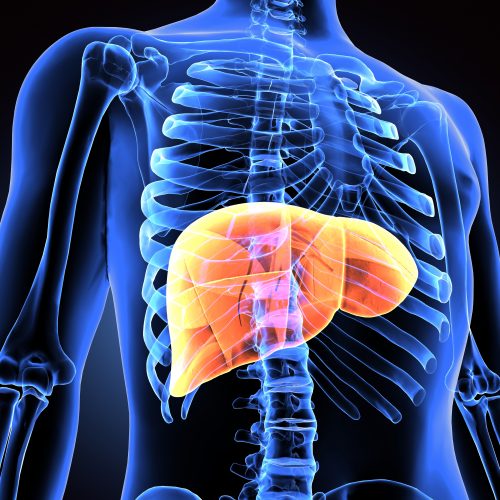 Liver cancer is gaining some media attention, and it’s about time.

Liver cancer is far less common than lung, breast, or prostate cancer. And it doesn’t have a media campaign whipping up attention for research and treatment. But if mortality were the only factor, liver cancer would rank higher. More Americans are going to die from liver cancer this year than from prostate cancer or leukemia.––Managed Care Magazine.

What is Liver Cancer?

Hepatocellular carcinoma (liver cancer) is a cancer that starts in the liver. It is also known as hepatoma or primary liver cancer. HCC is the fifth most common cancer in the world. Recent data shows that HCC is becoming more common in the US. This rise is thought to be because of chronic hepatitis C, an infection that can cause HCC. In the United States, most cancers that are found in the liver are ones that spread or metastasize from other organs. These cancers are not HCC, as HCC cancers begin in the cells of the liver. Cancers that commonly metastasize to the liver include colon, pancreatic, lung and breast cancer.

The biggest risk factor for liver cancer is infection with hepatitis B or hepatitis C; these viruses can lead to liver cirrhosis, which can cause cell damage that can become cancer. Alcohol related liver disease is also a risk factor for the development of HCC.

Overall, while U.S. cancer death rates have been on a slow, steady decline for decades, liver cancer deaths have been increasing by 2.8% annually for men and 2.2% for women, according to an analysis of federal data published in 2016 in the journal Cancer. Nearly 41,000 Americans are diagnosed with liver cancer each year. Less than one in five (17.6%) will be alive five years later.

However, if the cancer is caught before it spreads beyond the liver itself––there is some good news, according to Farhad Islami, MD, the American Cancer Society’s strategic director of cancer surveillance research. A recent Managed Care Magazine article reported on an analysis of U.S. cancer mortality trends by Dr. Islami and a team of researchers, which showed that from 2006 to 2012, 39% of patients with early-stage liver cancers were surviving at least five years, more than twice the five-year survival rate of Americans diagnosed with liver cancer in the early ’90s.

This is encouraging evidence that treatment of liver cancer at an early stage could have a benefit and has prompted renewed interest in screening that focuses on high-risk groups, according to the Managed Care Magazine article.

Dr. Islami was the lead author of a recent study published in CA: A Cancer Journal for Clinicians that associated nearly 60% of all liver cancers to modifiable risk factors, such as hepatitis B and C, high alcohol consumption, and smoking. The risk factors are modifiable because people can reduce alcohol consumption and quit smoking. Hepatitis C can be cured with antivirals, and the CDC now recommends that baby boomers get tested for the disease. There’s a vaccine against hepatitis B.  See coverage in Medscape

Excess weight has been linked to about a third of all liver cancers. Ahmed Kaseb, MD, head of the  liver cancer program at Houston’s M.D. Anderson Cancer Center,told Managed Care Magazine that most of his patients are “people who show up with this metabolic syndrome picture who’ve been walking around 20 to 30 years carrying probably fatty liver and then eventually, for sure, liver cirrhosis without even knowing.”

In guidelines published earlier this year, the American Association for the Study of Liver Diseases (AASLD) said that individuals with cirrhosis should get ultrasound screening every six months and possibly also a blood test that checks for elevated levels of a marker called alpha-fetoprotein. Prior AASLD guidelines, which focused on adults with hepatitis B, recommended screening every six to 12 months and emphasized using ultrasound.

But the 2018 guidelines also reference “some controversy” about the mortality benefit of screening people with cirrhosis because randomized studies haven’t been done in Western populations.

Patients are encouraged to talk to their doctor about their risk factors and lifestyle changes that may reduce their risk; and about whether screening is appropriate for them.